Art by Australian Impressionist Bessie Davidson was at the heart of the third Slow Art Day hosted this year by The Bendigo Art Gallery in Victoria, Australia.

On April 4, slow-panned videos of three paintings from the exhibition ‘Bessie Davidson & Sally Smart – Two artists and the Parisian avant-garde’ were shared on the gallery’s website (still images below):

Staggered images of the paintings were also shared on the gallery’s Facebook page via three posts before, during and after April 4th. Participants were invited to respond by posting comments, thoughts and images of their own works inspired by the slow-looking.

Each Facebook post got more likes than the previous, with the last post receiving 1.2k likes. Several people also sent in beautiful paintings of their own children and interiors.

Suzie Luke, Public Programs and Learning Officer at the Bendigo Art Gallery, said that many participants had “tremendously positive feedback” about the artist, artworks and the gallery itself:

Love that you’re doing this. This is the sort of thing I need to lift my spirits, just like every visit to your gallery has always done. Thank you!

This idea is so great, please keep doing it even when the emergency is over.

Slow Art Day at Bendigo Art Gallery usually consists of slow-looking guided tours by their wonderful volunteers, followed by discussions of the paintings and afternoon tea. This year, it has been inspiring to see the gallery make such a beautiful transition to virtual platforms.

We hope that The Bendigo Art Gallery will host another innovative Slow Art Day in 2021.

Participants in their Slow Art “Week” were invited via the museum website and social media platforms to select and spend 10 minutes with five portraits from among the works of the 10 artists. They were then asked to join a Zoom discussion to reflect on their slow looking experience. A detailed image of Frida Kahlo’s ‘Self-portrait dedicated to Leon Trotsky’ (1937) was also made accessible on the Google Arts & Culture platform and shared as a Facebook post.

The Slow Art Day events were part of the ongoing initiative NMWA at Home, which features an amazing range of art resources – from online exhibitions to Spotify playlists – which can be accessed here. A PDF with instructions for the Slow Art Day specific events is available here. You can also explore more of the NMWA collection here.

One of the featured artists for their Slow Art Week was Amy Sherald, who works to reclaim portraiture and turn it into a celebration of African American individuality. Strongly inspired by Frida Kahlo’s themes and her use of color, Sherald’s art is a critique of historical black representation in both portraiture and photography and seeks to promote black selfhood.

Amy Sherald has also spoken a lot about her work. We’ve included quotes below and encourage you to watch the short YouTube video ‘Amy Sherald: In the Studio.’

“My work is about taking blackness past the stereotypes and opening it up to the imagination.”

“These people have let go of that idea of being watched. They’re there to meet your gaze in a different way. And it’s a critique on historical black representation, whether it be in photography or painting.”

The whole Slow Art Day HQ team loves Amy Sherald’s work and we are excited to see such focus on the reframing of conventional art history.

Participants also loved the NMWA’s Slow Art Week. One said it was one of the most “well-planned online (or offline) events they had experienced.” And unlike the previous years when the events were in the museum, this year people from all over the world – from California to the United Kingdom – were able to participate in their great program.

“This has been a super experience in so many ways: the quality of the seeing/interpretation; the generosity of listening/talking; and the sheer excitement of talking to a group of women I do not know in another country in another time zone, in this moment.”

We loved participating in the NMWA’s program and learning so much more about the 10 featured women artists. The Slow Art Day team looks forward to seeing more Slow Art Week (or maybe month?) events at the NMWA in 2021.

P.S. We also have watched with admiration as the NMWA has recently started handing out water and snacks from their museum entrance as one way to support the international protests against racism and police violence.

The day started with the yoga session led by yoga instructor Risa Larsen, who focused on gaining new energy and a relaxed body and mind.

Then throughout the day, visitors were encouraged to choose five artworks in the sculpture park, taking the time to observe each slowly.

Finally, in the afternoon, visitors were invited to the “Meditative Action Painting” workshop inspired by the Danish artist Jeppe Hein. Participants filled Tibetan singing bowls with colored water and used a ringer to slowly move around the edge of the bowl to create vibrations. These vibrations then created a work of art by sprinkling colored droplets onto a canvas underneath the bowl.

Elin Magnusson, Head of Education at Wanås Konst, reported that many of the visitors stayed for the entire program.

We look forward to seeing what this site-specific, international contemporary art-focused organization has in store for their 2020 Slow Art Day. 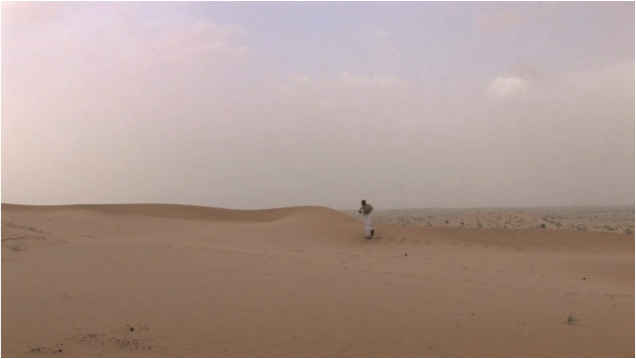 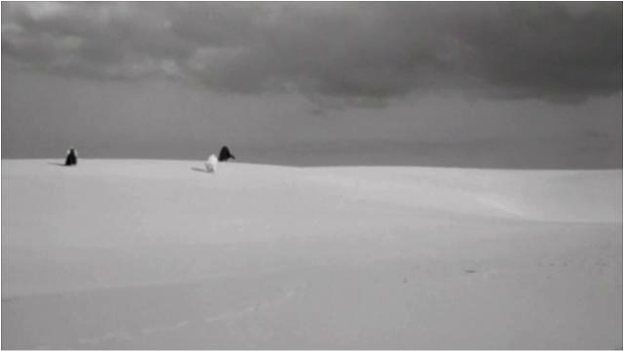 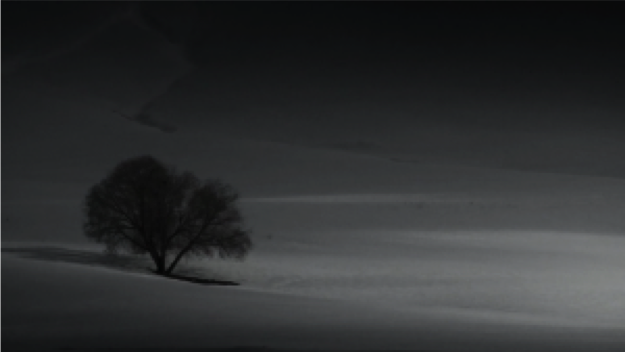 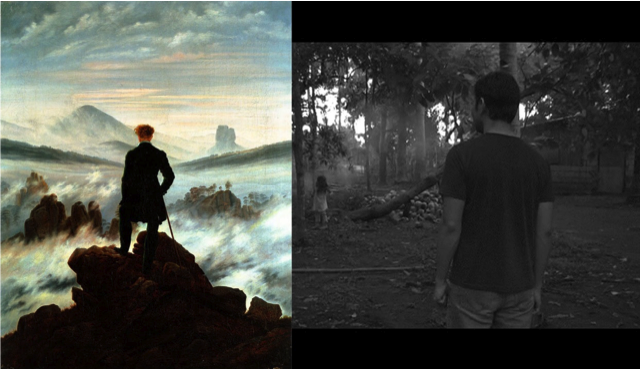 Sue Prideaux, author of Edvard Munch: Behind the Scream, wrote a feature article on the artist for the summer edition of Tate Etc. magazine to accompany the Tate Modern’s exhibition,“Edvard Munch: The Modern Eye.” 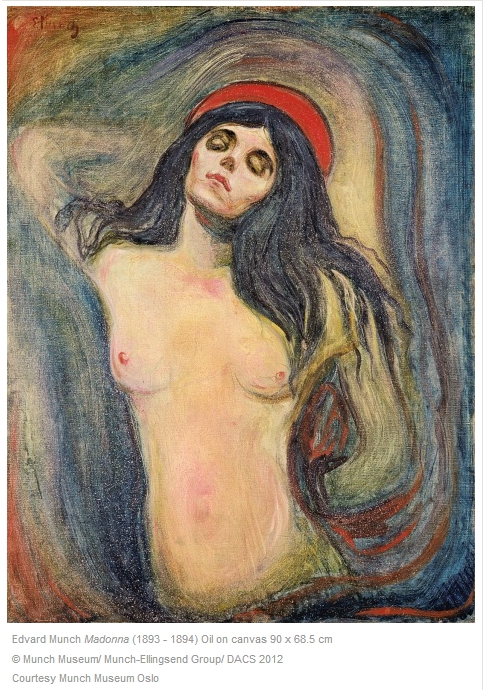 Prideaux writes about how Munch was affected by spiritualism and use of developing camera technology. In his photography, Munch experimented with the exposure and other processes to achieve supernatural effects that suggested “spirit images” and dopplegängers. Even paintings like “Madonna” (above) were influenced by photographs that claimed to capture the aura emitted by all living beings.

Read more to learn about Edvard Munch’s unique vision and how the arts of looking and painting in the Modernist period were changed by that period’s new technology. 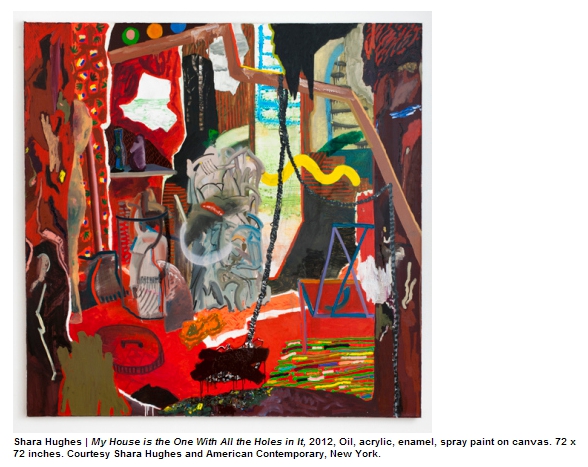 In his review of her work, Fee takes the idea of looking slowly to the next level. The word “slow” can make us think of being lethargic, but looking and engaging with a work of art, as Fee suggests, is a lot like physical exercise. He describes visually exploring Hughe’s paintings as “giving your oculars a calisthenic workout,” and warns against an un-energetic approach (“Go into this half-heartedly and you’ll leave with soft-scrambled brains”).

Hughes’ bold and adventurous paintings certainly do exude energy and invigorate the viewer. Take a slow (but intense) look at her paintings through Lee’s eyes in his review or through your own at the American Contemporary and get in a visual and imaginative workout.